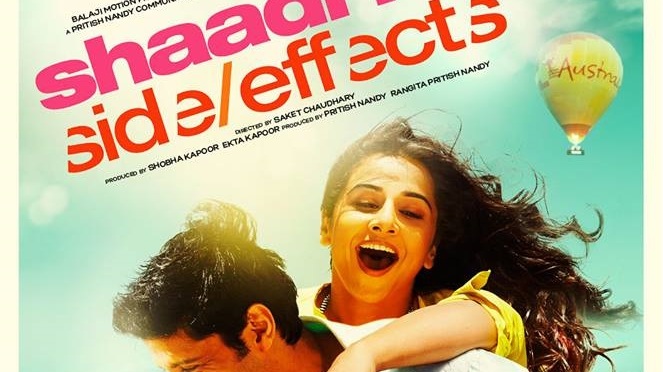 Synopsis: With time the intimacy in most marriages falls apart. But not Sid and Trisha’s marriage… They just can’t keep their hands of each other in spite of being married for years!

This diffuses conflict in a marriage and prevents the slow death of intimacy. Then Trisha gets accidentally pregnant and expresses her desire to have a child. But Sid is not ready to bear the responsibility of fatherhood. His career as a musician has still not taken off. But in an effort to avoid conflict, he hides his reluctance. And agrees to have the child. This is just the start of issues that have creep in their marriage…

Do priorities change? What happens next is the BIG question mark!

Shaadi Ke Side Effects is a quirky and humorous story dealing with a serious issue of decision making and sharing in a married life!

Eros International will release the film in UK cinemas on 28th February 2013.