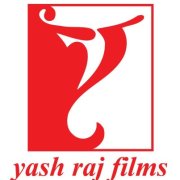 India’s leading production house Yash Raj Films has successfully introduced new talent, both in front of and behind the camera for years. Now Aditya Chopra will introduce and promote new Producers from the banner’s existing bunch of very successful individuals.

Yash Raj Films has always been known to have Yash Chopra and Aditya Chopra as producers but going forward Aditya Chopra’s vision is to create independent producers at the helm of projects within YRF.

After his distinctive directorial debut and subsequent hit films, Maneesh Sharma will be the first such Producer to be launched. Dum Laga Ke Haisha to be directed by Sharat Katariya and starring Ayushmann Khurrana, will be his first independent project as a Producer under the YRF banner. The film goes on floor early February and is slated for a 2014 release.