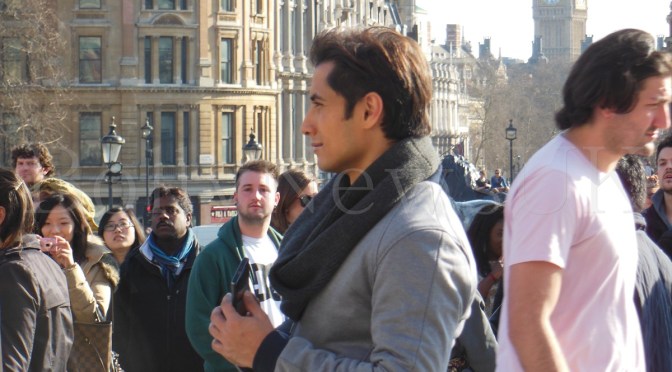 Billed as an ‘urban-ist rom-com’ with the feel of a Brit-Asian cross-over film, Total Siyapaa will now release on 7th March 2014 in UK cinemas.

The film is a roller-coaster ride of hilarious mishaps which ensues when Pakistani rockstar Aman (played by the multi-talented actor and musician Ali Zafar) meets his British-Sikh love interest Asha’s (played by Yami Gautam of Vicky Donor fame) battle-axe Punjabi mother (Kirron Kher). The film is directed by E Niwas (My Name Is Anthony Gonsalves) and the script is penned by Neeraj Pandey, who is famed for his award-winning dramas A Wednesday and Special Chabbis.

Set in London, this wacky, warp-speed tale is a melting pot of cultures. The film gains pace when Aman travels to London to meet Asha’s parents who are conservative Indians and completely unwilling to go against their rigid beliefs.

Aman’s life descends into Total Siyapaa when he attempts, albeit unsuccessfully at first, to impress his future in-laws with hilarious and at times completely cringe-inducing consequences! The film uncannily captures the differences between India and Pakistan and hopes to foster a deeper understanding and togetherness between the two countries. Total Siyapaa also sees real life couple Anupam Kher and Kiron Kher come together on-screen for the very first time.