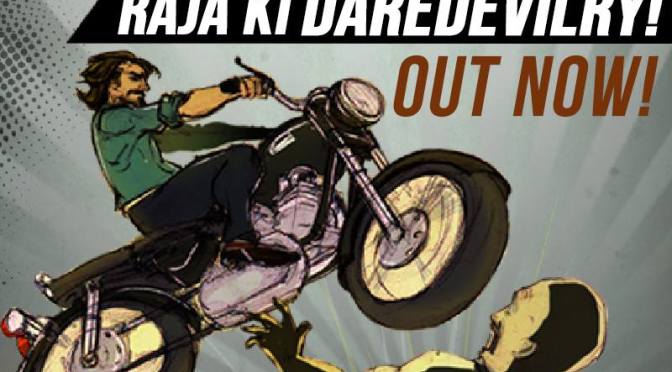 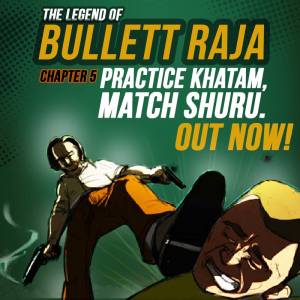 Two months ago, the makers of Bullett Raja captured the digital space by launching a unique novel series built around the central protagonist, Saif Ali Khan [AKA Bullett Raja]. Being a lover of comic books, Saif was so overwhelmed by the response that the graphic novel series received from fans, that he came up with the idea to bring it out in print. Capturing the true essence of UP mafia, the comic book titled, The Legend of Bullett Raja is set to hit the shelves soon.

To give the book an authentic feel, the comic is hand-drawn thus giving it a gritty and earthy essence. The book was launched amidst much celebration and glitterati on the lawns of Mumbai’s Taj Land’s End. The occasion witnessed the presence of the lead star cast of the film such as Saif Ali Khan, Sonakshi Sinha and Jimmy Shergill along with the bad boys of the film, Gulshan Grover, Ravi Kissen and Chunkey Pandey as well as the music directors Sajid-Wajid, writer-director Tigmanshu Dhulia and producers of the film.

The Legend of Bullett Raja sees Saif Ali Khan essay his on-screen role of Raja Mishra, a commoner who gets transformed into Bullett Raja – a notorious, care-a-damn attitude gangster. A faithful friend and a loyal lover, living life on his own terms, setting his own rules, commanding respect and fearing no one, Bullett Raja in his true inimitable style takes on the system that creates people like him in a compelling struggle for power and ambition, which will also be captured in the comic book.

Bullett Raja is out now in UK cinemas.