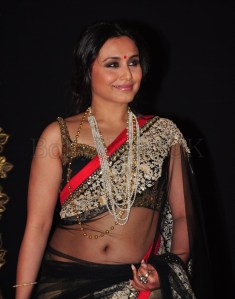 Yash Raj Films has announced its next release with director Pradeep Sarkar – Mardaani.

Starring Rani Mukerji in the lead, playing the role of a cop for the first time, the raw and gritty film will be YRF’s boldest subject ever to be made and a distinct departure from Pradeep Sarkar’s style of filmmaking.

Speaking to Times Of India, Sarkar said: “After Lafenge…, I was working on Mardaani. I didn’t make much noise about it and people wondered where I had gone. I directed many ads in the interim. But now I am bursting to get back on film sets.”

“I am looking forward to direct this big one for YRF. We shall be shooting the major portions of the film in Mumbai,” added the director.

Directed by Pradeep Sarkar and produced by Aditya Chopra, the film will go on floor by the last quarter of the year and is slated for a 2014 release worldwide.