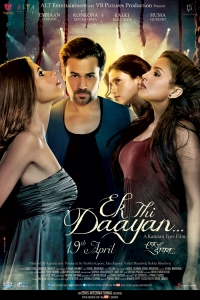 Filmakers Vishal Bharadwaj and Ekta Kapoor have thought wisely for the owners of Liberty Cinema in Dhobi Talao. The duo has decided to release their upcoming film Ek Thi Daayan in Liberty which had closed down due to increasing competition and losses.

Commenting on the same Vazir Hussain, owner of Liberty cinema says, “We have four films lined up.We will see how it goes.”

In the last one year, there have been no film shows in the theater but it has been open to small functions. It was shut as it used to incur huge losses and the audiences shifted loyalty towards other theaters in the vicinity. Now, with Ek Thi Daayan the owners are expecting some positive turnout which will be beneficial for the theater.