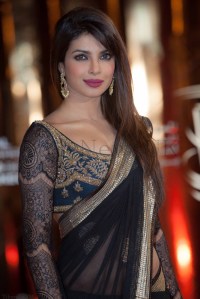 It’s nearly the end of the year 2012 and the award season is here. Recently a major award show took place and is set to air on TV at the end of this month.

Priyanka Chopra, who started her career as an International singing artist earlier this year and is also acting in films simultaneously, has certainly managed to grab the eye.

At the recently held Reliance Big Star Entertainment Awards, the 30-year-old actress won the Best Actress Award for her role in Barfi! where she played the character of Jhilmil, an autistic girl. The film even joined the exclusive 100 cr club, and is also India’s official entry to the Oscars.

It certainly has been a wonderful year for Priyanka, who started the year with Agneepath reaching 100 cr, then receiving critical acclaim and Box Office success with Barfi! and releasing her first single internationally.