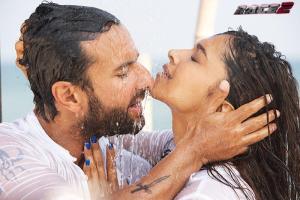 Tips in association with  UTV Motion Pictures has released a promotional video of Be Intehaan from their upcoming action-thriller Race 2, a film by Abbas-Mustan.

The promo features Deepika Padukone and Saif Ali Khan, along with singer Atif Aslam and was shot on location in Turkey earlier this year.

In fact, Atif Aslam recorded Be Intehaan and another song for Race 2 in Turkey while the crew was carrying out principal photography for the movie. Composed by Pritam, the song also features vocals by Sunidhi Chauhan.