Ferrari Ki Sawaari had its grand premiere a day before the worldwide release, after which the cast was hounded with compliments for the movie. Produced and written byVidhu Vinod Chopra and directed by debutant Rajesh Mapuskar, Ferrari Ki Sawaari is the story of a father who is dedicated to help his 12-year-old son to achieve his dreams of being a cricketer.

The film is a joyful ride that is entertaining  and should be watched along with your family. Ferrari Ki Sawaari strikes that emotional chord which makes you forget the hustle bustle of daily life and changes the way you look at life. It is apart from the norm and combines emotion beautifully along with cricket.

Sharman Joshi’s performance is heart-warming as the actor moves through an array of emotions with ease. The chemistry between the father and son o-screen appears too real to be doubted, little Ritwik is a young talented lad who is naturally expressive.

Boman Irani has proved his versatility once again as an actor as he completely lives up to the expectation of the audiences. An unforgettable moment from the film is when Sharman tells young Kayo about his grandfather’s past victories and Kayo’s heart immediately melts.

We have also heard that Vinod Chopra made sure that villagers attended the premiere and around 4 to 5 buses loaded with people came to watch the film. Reportedly, the majority of them were from Rajesh Mapuskar’s village.

Ferrari Ki Sawaari is out on general release in the UK. 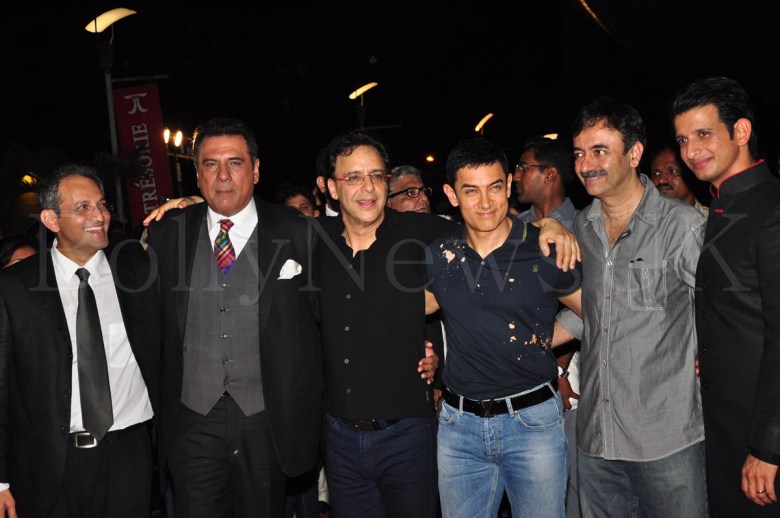