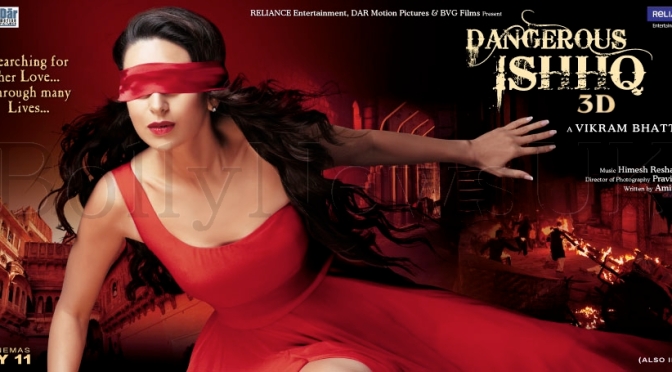 The makers of Vikram Bhatt’s Dangerous Ishhq have released another song from the film called Naina Re. The song captures the emotions of all the aspect that Karishma Kapoor goes through in the movie.

The song has been sung by Himesh Reshammiya, Shreya Ghoshal and Rahat Fateh Ali Khan.

This is not the first time these three music and singing experts have come together. Last time they worked together was in Bodyguard.

The beautiful lyrics have been bestowed by Sameer Anjaan and the song has already hit the charts with its inception and is being liked by the listeners and all the Himesh Reshammiya fans.

Reliance Entertainment will release Dangerous Ishhq on 11th May, 2012.