Hrithik Roshan has joined hands with the KETTO Foundation and CARE India to raise funds for the rescue and upliftment of the victims affected by the floods in Jammu-Kashmir.

The actor took to the crowdfunding site to raise funds for 200 survival kits, proceeds of which will go to CARE INDIA who will be utilizing the same to disperse amenities to the affected families and individuals in J&K.The funds raised will go towards providing those affected by the floods with medicine, food and shelter .

In an open letter to civilians said Hrithik Roshan, “Having been to J&K multiple times and having shot numerous films there I know the challenges the people will be facing given this devastation. I want to do something to help them. And I know there are people just like me, who want to help too. Let’s raise funds for the people of Kashmir together. Let’s stand by our countrymen and do whatever we can to help them deal with their losses. We can help them gradually rebuild their homes and their lives. We CAN make a difference together.” 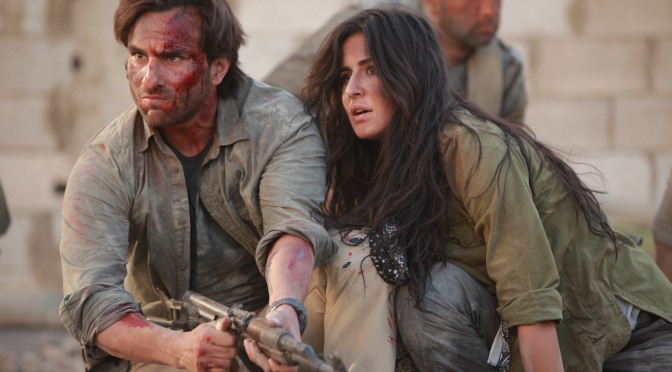 Nadiadwala Grandsons Entertainment Pvt Ltd will be shooting their much awaited action movies, Heropanti and Phantom in Kashmir, back-to-back, in January 2014. It will be the first time for any production house to have two consecutive shoots in the heavenly state.

Phantom, which stars Saif Ali Khan and Katrina Kaif, and Heropanti, which marks the debut of Tiger Shroff and Kriti Sanon, both, will be shot there, between 14th to 23rd January.

At the peak of the cold winter, shooting in Kashmir could mean facing a barrage of challenges for the NGEPL team – a tense region, freezing temperatures with heavy snow and a deadline. Well aware of all the challenges that may come along the way, the team has decided to go ahead with the schedule and finish the shoot as planned.

Phantom is an action-thriller directed by Kabir Khan and Heropanti, a romantic-action film, directed by Sabbir Khan.

Disney UTV will release both, Phantom and Heropanti, in UK cinemas this year.