Ranveer Singh, Arjun Kapoor and Priyanka Chopra along with the Director, Ali Abbas Zafar, Music Director, Sohail Sen and Lyricist, Irshad Kamil recently launched the music album of Yash Raj Films’ Gunday, one of the most awaited films of 2014.

The Music was launched in an authentic setting of the streets of Calcutta, specially created for the Music launch, where the guests were treated to typical local street fast-food – Jhal Moori, Puchka, Rasogolla, Misti Dhai, Chat, Egg Rolls and more.

Also launched at the event was the second foot-tapping chart buster Tune Maari Entriyaan from the film.

The entertaining and delightful evening was orchestrated with a dynamic and dramatic entry by the two inseparable gundays and a seeti-maar entry by their lady-love, reflected the mood of the newly released song, which is a celebration of the first time dreamy love of the two happy-go-lucky renegades and their lady-love!

While recreating the authenticity of Calcutta of the 70’s, the talented music director and competent lyricist of Gunday, introduced media members to 10 magical, vibrant and colourful tracks.

Listen to the full soundtrack here:

Directed by Ali Abbas Zafar and Produced by Aditya Chopra, the film stars Ranveer Singh & Arjun Kapoor, as Bikram and Bala, along with Priyanka Chopra and Irrfan Khan, in lead roles and will release in UK cinemas on 14th February 2014. 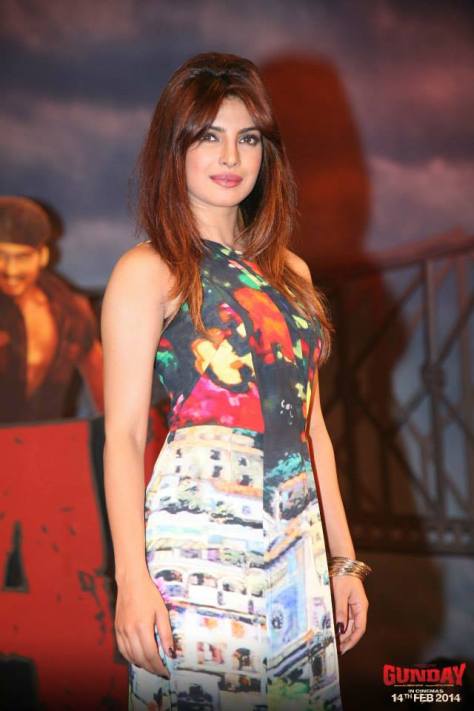 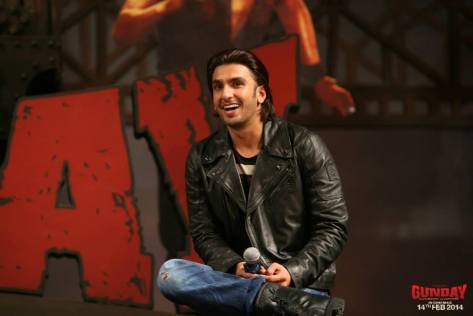 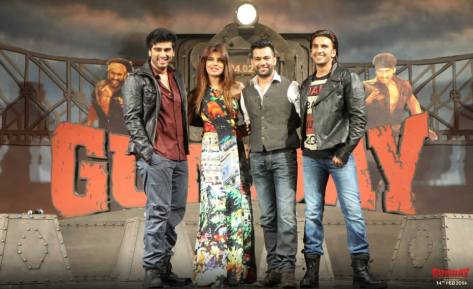