Bollywood actor and Pataudi royal Saif Ali Khan took a seat on the front row at the London Fashion Week during a showcase of the Burberry spring-summer 2013 collection.

Saif looked dapper in an elegant black tuxedo teamed with a polka-dotted neck-tie. He sported a beard at the show, held at West Albert Lawns in Kensington Garden on Monday.

Christopher Bailey, chief of the iconic luxury brand, presented the collection with a bold theme marked by a rich and extensive colour palette.

Saif Ali Khan will reportedly be joined by Kareena Kapoor to celebrate the Heroine actress’ birthday in the British capital on Friday, 21st September 2012. 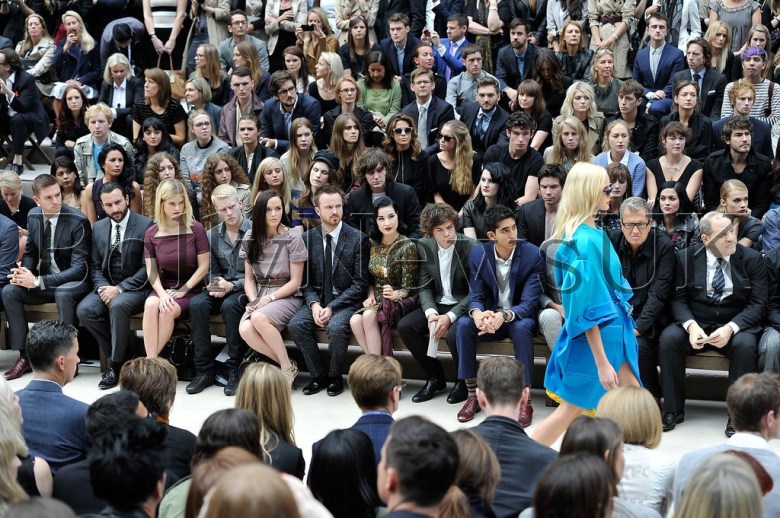 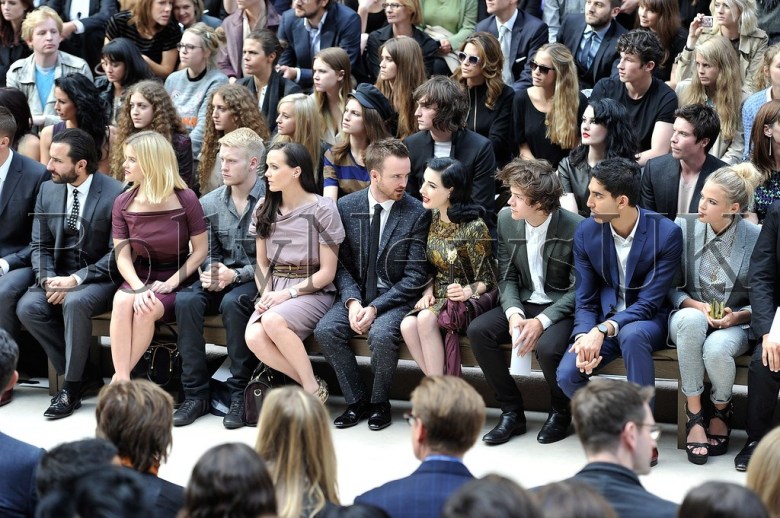